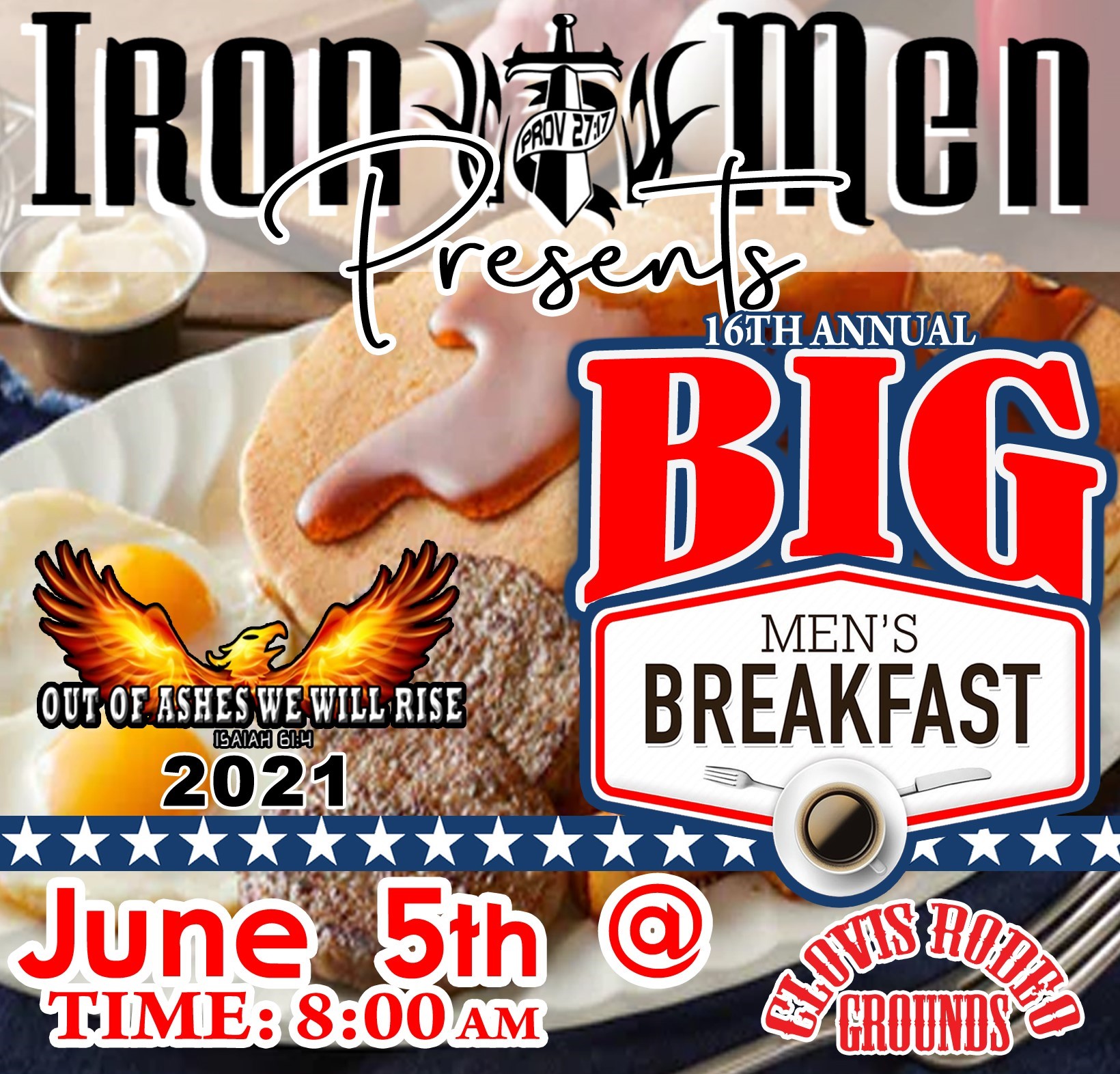 This is a new year. Out of the ashes we rise! Saturday, June 5 at 8:00 AM, come out to the Clovis Rodeo Grounds for food, fellowship, worship, raffle and so much more!

Purchase your ticket(s) below.
To order multiple tickets please choose 1 Main Contact Ticket and then as many Guest Tickets as you desire.
Your receipt will be exchanged at the Ticket Table on event day for the physical tickets purchased to get in to the Breakfast.

If physical tickets are needed in advance, please contact pat@ironmenministry.com or (559) 803-7082. 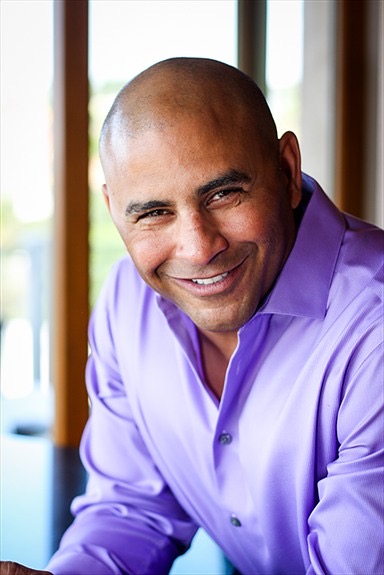 Jeff Bramstedt is a former U.S. Navy SEAL, and Founder of Life of Valor, an organization with the mission to help boys become men and prepare men for a life of valor. After spending nearly 13 years as a U.S. Navy SEAL, Jeff was medically retired and entered vocational ministry. He spends his time speaking to corporations, leadership groups, churches, men’s groups, mentoring young men and training future leaders. He is the co-author of Common Man: Uncommon Life. Jeff has also enjoyed a career in the movie and television industry appearing as a stunt double in movies including Men of Honor and Deep Water Horizon. He is involved in business and aviation as the owner of Skydive San Diego. Jeff and his family live in Southern California. 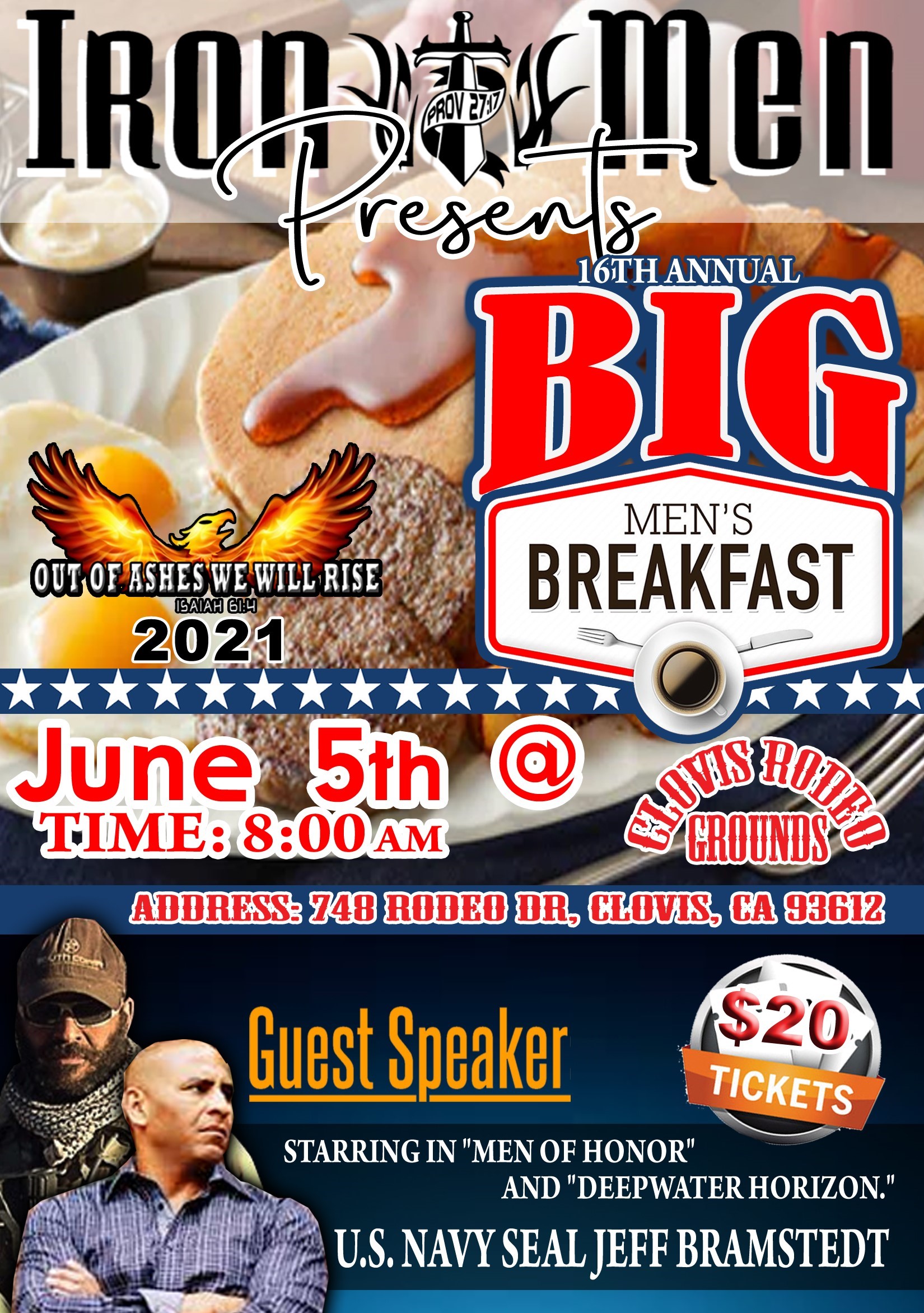 + Google Calendar+ iCal Export
We use cookies to ensure that we give you the best experience on our website. If you continue to use this site we will assume that you are happy with it.AcceptPrivacy Policy